This loco has some history at Bentley. Originally it was a visitor way back in 1997 at the Seven and a Quarter Society AGM Rally as a long-wheelbase 0-4-0 tram. More recently it was purchased by a member, the 2012-13 winter saw a substantial rebuild with a new Bo-Bo wheel arrangement installation, the driver's desk was also repositioned so that "very young tram drivers" could also "drive" it. the 2013-14 winter saw major cosmetic improvements with an increase in roof height to aid taller drivers along with an overhaul of the paint which has really freshened the look up as can be seen from the lower photo of the 3 below. Tram 92 usually operates as an overflow on busier days, collecting passengers from our Woodland station, or on its own for Driver Experience trips and special passenger services.

It now has it's own set of sit-astride carriages painted in a corresponding chocolate colour. 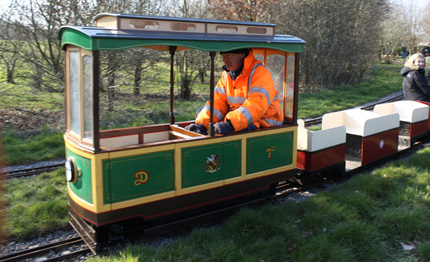 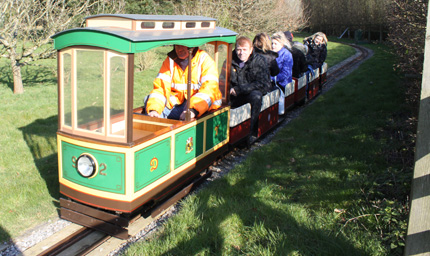 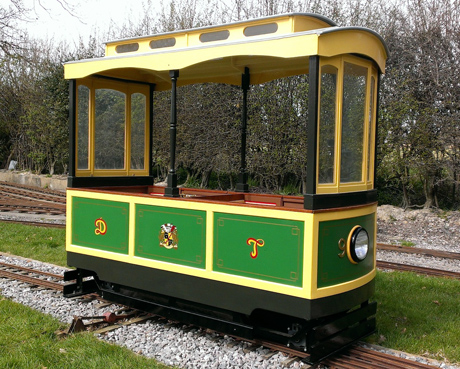