This 2-8-0 locomotive used to be a regular visitor to the railway all the way from Scotland, but as its owner moved back south, it became one of our regular steamers.

It is based upon a Canadian National Railway prototype, and as befits a loco from Canada, it has been seen pulling long trains with ease for hours on end.

This loco underwent major works to change all the wheel tyres which had gradually distorted due to uneven wear (a characteristic of the original steel used), but returned to service in 2009 and ran regularly from then until 2011.

In 2015, the engine was rebuilt and renamed Malcolm Thomas in memory of its previous owner. It ran reliably through 2015 and 2016 until an issue with the boiler was found, which has subsequently been rectified and it has returned to its original name of "Buffalo" 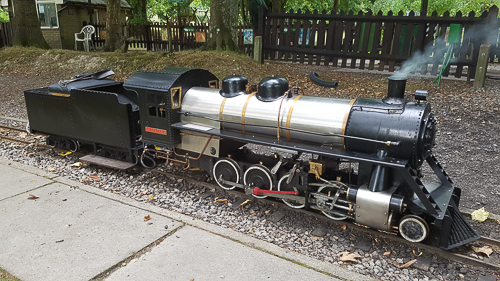 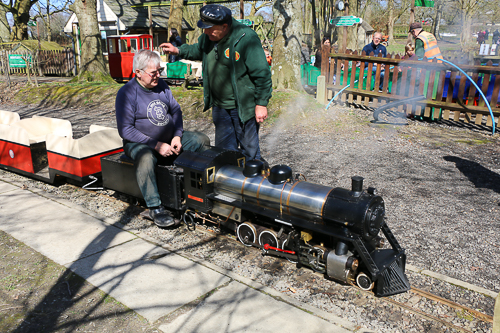 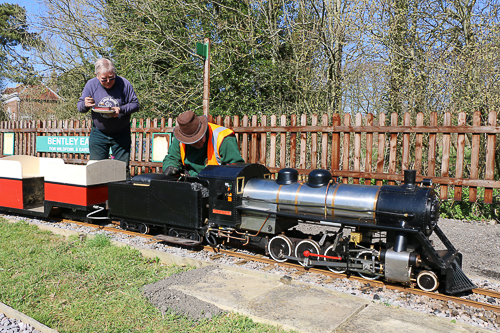