In real life these locos were a development from the much modified 1904 units. The Metro-Vicks were built from 1920 by Metropolitan - Vickers at Barrow-in-Furness and a total of 20 units were constructed and operated the Baker Street- Rickmansworth line until 1961. The machines had a semi streamlined appearance with the wheel arrangement as "Bo-Bo" and the MV339 traction motors produced a nominal rating of 1,200 HP producing a tractive effort of 22,600lbs. Metro-Vick's weighed 61.5 tons and had an overall length of 39.5 feet. Only two unit survive, one in the London Transport Musuem at Covent Garden & the other unit (no. 12 named "Sarah Siddons") is retained in working order & appears occasionally on special trains. The 7 1/4 inch model seen running at Bentley is powered by two 110 amp-hour batteries producing 24volt DC & a third 12volt battery providing the power for the vacuum braking system, sound & other ancillary operations. This loco was new to Bentley for 2010 and has proven to be regular, reliable, operator. The loco has undergone mechanical improvements ready for the 2015 season. 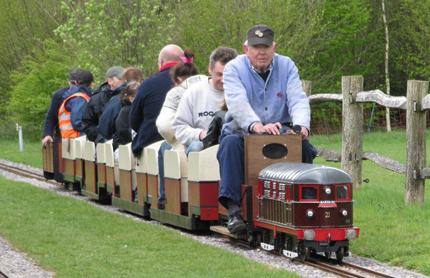 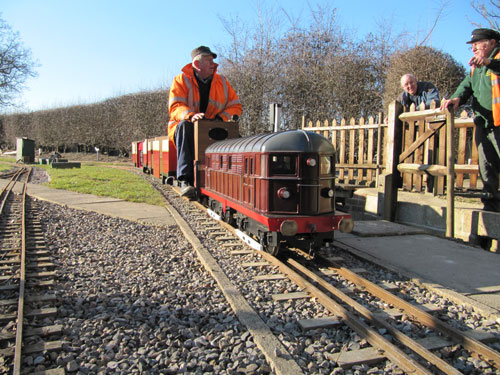 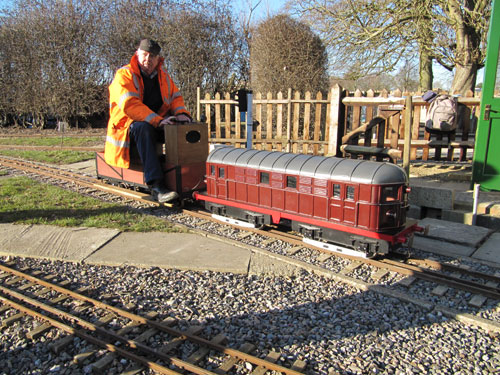