This loco has had a long history at Bentley starting out as a petrol-powered loco, with battery-electric power for use on indoor portable tracks, and for reverse-gear as the Honda moped-based power unit had a 3-speed forward only gearbox (bottom photo). After a major internal rebuild it has been converted to purely battery electric operation. The extra space generated by the removal of the petrol engine made room for 4 heavy duty batteries which were proven durable during the construction of the extension in 1994/95 and following a motor upgrade in 2012 and control system in 2014 it is now very capable of hauling passengers both at Bentley and on portable track events. 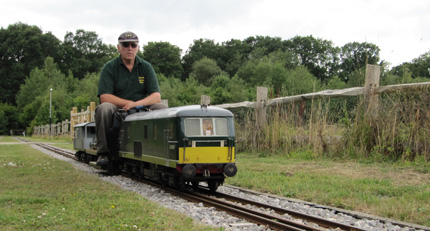 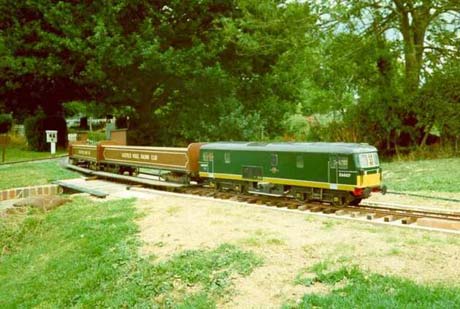